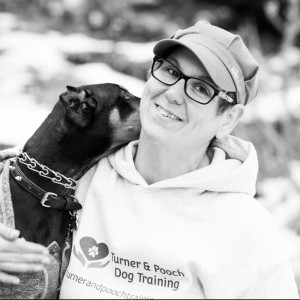 Do you avoid walking your dog at certain times of the day to avoid seeing other dogs?

You may think your dog is aggressive, but in my experience, this isn’t the case.

“But my dog barks and lunges at other dogs!”

I know, it LOOKS like aggression, and it can sometimes lead to that for sure!

Does your make friends easily off leash but on leash, they lose their sh*t? That’s what we call ‘barrier frustration’; not aggression.

Does your dog just get so crazy he can’t contain himself so he barks and jumps, and if s/he were to get off you’re afraid a fight would break out? That’s an over-excited state of mind and is much like a bomb waiting to go off, but still not aggression.

So, what IS aggression?

Aggression is an intention. An aggressive dog wants to seriously injure or kill another dog.

Can the above mindsets cause harm or kill? Absolutely! However, the dog’s intention more often than not was not to do that, but is rather just experiencing a reaction. Which manifests as something that looks like aggression because it is a predator, and predators are built to kill.

So if my dog ISN’T aggressive, why does he act like he does?

Short answer – over excitement. More often than not, dogs who appear aggressive on leash are reacting out of either fear or frustration, with the most common being frustration.

Frustration happens when a dog is allowed to pull it’s owner toward another dog, to be “socialized” as a puppy, then later either corrected by the other dog – which also looks like aggression. Sometimes it’s your dog that “attacks” the other dog as a result of being way too excited. This is the result of constantly being allowed to do what s/he wants without limits.

YES! Even allowing your dog to greet the other dog is a reward. You are giving him or her what they wants, after all.

Not all rewards are treats.

The best rewards are things the dog REALLY wants. But that’s a post for another day! 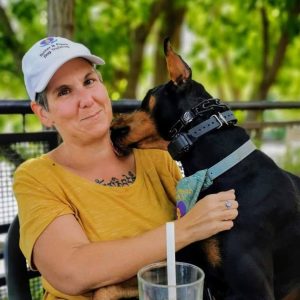 Having a dog is a wonderful opportunity for kids.

It's Dog Biscuit Appreciation Day! Does your dog

Healthy boundaries require the use of punishment t

Love your pet for who and what they are! Part of

Have you joined the e-mail pack yet? If you are t

Always a good idea to call in reinforcements when

Have you seen my new website yet? It's live and I

Will you be treating your pooch to something extra

Anyone else have a dog that will appear like magic

tell us about your dog